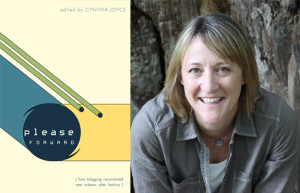 Room 220 is pleased to host a Happy Hour Salon to celebrate the local launch of Please Forward: How Blogging Reconnected New Orleans After Katrina, edited by Cynthia Joyce, at 7 p.m. on Tuesday, August 18, at the Press Street HQ (3718 St. Claude Ave.). Featured readers will include Allen Boudreaux, Richard Read, Dedra Johnson, Andrea Boll, Mark Moseley, Mike “T Mayheart” Dardar, and others. This event is free and open to the public. Maple Street Books will be on hand with copies of Please Forward for sale. Read an excerpt of the book here.

A decade on, their images endlessly recycled on-screen, it is hard in the swirl of activity surrounding the tenth anniversary of Hurricane Katrina to forget how shocking those first visuals were. The scenes of devastation broadcast in living rooms, airports, motels, and restaurants around the country seem indelibly inked on our national mind, to the point where they are now a familiar part of our visual lexicon.

More ephemeral, perhaps, are the narrative accounts of the disaster—particularly those recorded online. In those first months post-Katrina, blogs, emails, and Facebook status updates (sometimes of great length) served at once to connect the displaced, to rally the relocated, and to provide an immediate, vivid account of life amid the wreckage of the city where other formats paled. Recognizing the power that new media held in those days, and seeking to preserve that immediacy for a generation that has already forgotten this morning’s tweets, a new anthology seeks to capture the first few years after the storm through the eyes of its digital community.

Please Forward: How Blogging Reconnected New Orleans after Katrina, edited by Cynthia Joyce (UNO Press), anthologizes nearly 150 pieces of writing by individuals living in or near New Orleans in the first three years after Katrina. Many of these posts now no longer exist online, and it was part of Joyce’s task to search out the writing that had disappeared from its first fora, a kind of archaeology of the recent Internet. Her efforts yielded a variety of pieces, from descriptions of the disaster’s very first hours to posts that detail the interminable grind of the rebuilding process. Included, for instance, are the perspective of a medical responder traveling with an armed escort through the floodwaters, a pair pet owners trying to track down their lost beagle through months of obstruction by various agencies, and chefs describing the challenges of cooking under adverse, often improvisatory, conditions after the storm.

Please Forward is not a pleasant read. For anyone who experienced the storm firsthand, it will bring all the details of the horror and the loss immediately back to mind, as well many of the incongruities that were the signature of the disaster (for this reviewer: boats in trees). But for this reason it is a welcome book, in that we can be assured that those details are not lost to bit rot, obsolescence, or to inattention, and that future readers will have access to what the disaster was like in the exact words of those who lived through it. Harrowing though it may be, however, the book is also full of light and levity, replete with impassioned articulations of what New Orleans means to those who live here, as well the small victories that gave residents cause to celebrate every so often. What Joyce has given us, then, is the opportunity to relive those years as they unfolded—a rare gift indeed.

Room 220 spoke to Joyce, a journalist, former New Orleanian, and professor at Ole Miss, about the task of collecting these remarkable pieces of writing.

Room 220: This anthology features a variety of contributors from all walks of life—doctors, reporters, artists, CEOs, inmates at local jails, homemakers. How did you find such a diverse array of writers and their work?

Cynthia Joyce: I had a few different methods for seeking out pieces to include here—some more ‘methodical’ than others. For a brief time post-Katrina, I kept a blog myself and was either loosely linked to or aware of the various blogging cabals in the city at the time, and I reached out to some of the folks from each for early guidance—Mark Moseley and Bart Everson from the Rising Tide gang were especially helpful, as was Jarret Lofstead and some of the other NolaFugees folks.

But I allowed a lot of the search to be organic—I was very deliberately trying to “surf” through those times in the same way that you might have in 2005 – 2006, before social media directed so much of our attention, and before websites were deliberately written and “optimized” to game Google’s search engines. One of the most enjoyable parts of the process for me was experiencing a real sense of serendipitous discovery—something that I no longer associate with the web today.

CJ: I cut it off at 2007 for two reasons: I left the city in late 2007, and felt I no longer had a handle on exactly what was happening in the day-to-day—and it was still very much a day-by-day recovery at the point. But things were also starting to change, and the ‘dominant narrative’ of Katrina was fracturing a bit at that point. The return of some semblance of normalcy meant that people could turn some of their attention back to the minutiae of their lives, and so the immediate impact of the storm was no longer what was preoccupying people. Or it was preoccupying them in more personal, and less universal, ways.

Rm220: The anthology contains a number of different kinds of writing—from journalistic accounts to personal elegies (Wade Rathke’s stands out) to more prosaic pieces like job and pet postings and personal ads. Was it important to you to capture this very wide spectrum of responses, as opposed to simply factual, documentarian accounts?

CJ: Absolutely. That was very deliberate. I wanted more than anything for this book to capture what it felt like to live in that specific era, and I wanted to make sure that some of the humor of the time was in there as well, with people riffing off the cuff at some of the absurdity of it all.

Interestingly, one running theme in the pieces is conversation: There are a number of actual portions of dialogue recorded in these posts. Encounters with friends, rescuers, rubberneckers, insurers, insurance agents—regardless of whether these are word-for-word accounts, they’re wonderful to read, and put us right back in the moment.

Rm220: Many of these pieces capture significant moments in the city’s recovery—both the highs and the lows of those years. Springsteen’s 2006 Jazzfest set, the first Saints game back in the Superdome, but also the demolition crisis exposed by Karen Gadbois/Squandered Heritage and the murders of Helen Hill and Dinerral Shavers. The writing is often raw, uncomfortable, and immediate. Did you seek these landmark events out to record them for future generations of New Orleanians, or were they natural byproducts of your collection process?

CJ: You could almost do a heat map of activity online just by measuring the volume of posts about certain topics—so many of the themes and peak moments, or turning points, emerged pretty organically. But there were some things that I specifically sought out, like the Springsteen performance at Jazzfest—I know that lots of people count that among their all-time favorite live musical performances, so it was hardly a random choice, but I had to dig deep to find anything written about it at length in blog form. And Sean Nelson, the author of that post, was really grateful when I went to him asking for permission to reprint it—he thought it’d been lost for good. 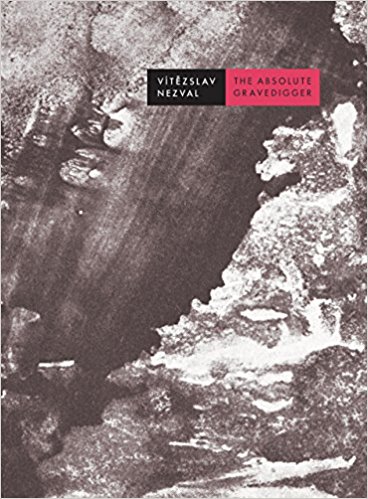 Vítězslav Nezval (1900-1958) dreamt of changelings; he saw mutations where others saw stability. Square-faced and …

Predawn, everyone’s awake, Kashi’s jumping.
Excluding the homeless thousands who are unawake.
I’m walking cautiously to the ghats in the semi-dark through littered streets, trying to distinguish trash from cardboard and newspaper humps of low-castes sleeping, groaning while … 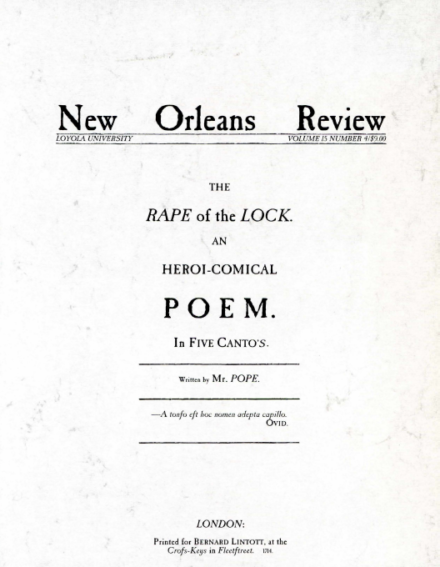 Wind on the Moon

We did it so America could feel proud again. That’s what I tell myself whenever the silvery light shines through my window, going liar liar liar liar. I say, I have nothing to atone for. I say, No …

It took everything to move it in.
Sideways, on a wheeled cart,
dead-now Steve holding the thing
steady while I carried it, pulled it in
the corner myself.

My mother was proud—one
broken leg, out of tune.
No one knew … 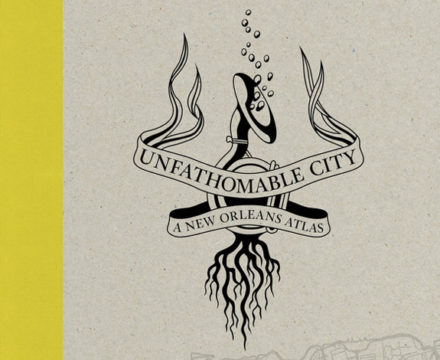 Room 220 will host the New Orleans launch of Unfathomable City: A New Orleans Atlas at a Happy …