You are here: Home / Book Review / A Revisited Classic: Small in the Saddle 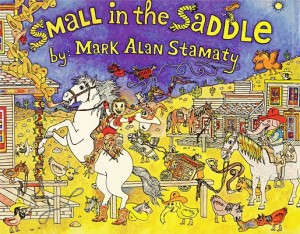 Small in the Saddle is a children’s book by the brilliant illustrator Mark Alan Stamaty, originally published in 1975 and out of print for some time now.

It is a phantasmagorical story about the Old West, with a twist—or rather, with several twists. I like to think of this book as a primer for Annie Proulx’s Wyoming stories or Cormac McCarthy’s novel Blood Meridian: like those works of fiction, Small in the Saddle is a devastating revisionist history of the American West. And like Jim Jarmusch’s classic film Dead Man, it all takes place in a stark black-and-white landscape, where things turn out to be weirdly gray and anything but clear and distinct.

The hero of Small in the Saddle is known as The Kid—standard enough fare for a Western. This homunculus rides into a frontier town that is in a desperate state: it has been overrun by Dirty Deke and his raucous gang. Deke’s men have robbed the stagecoach and are apparently so vicious that we see the sheriff throw down his badge as he ditches town. Again, it all sounds straightforward enough. But the details belie an alien and bizzaro terrain, one in which miniature cow-birds wear cowboy boots and don cowboy hats that turn out to house bird nests with fish in them smoking pipes issuing forth smoke that turns out to be a lasso—for instance. 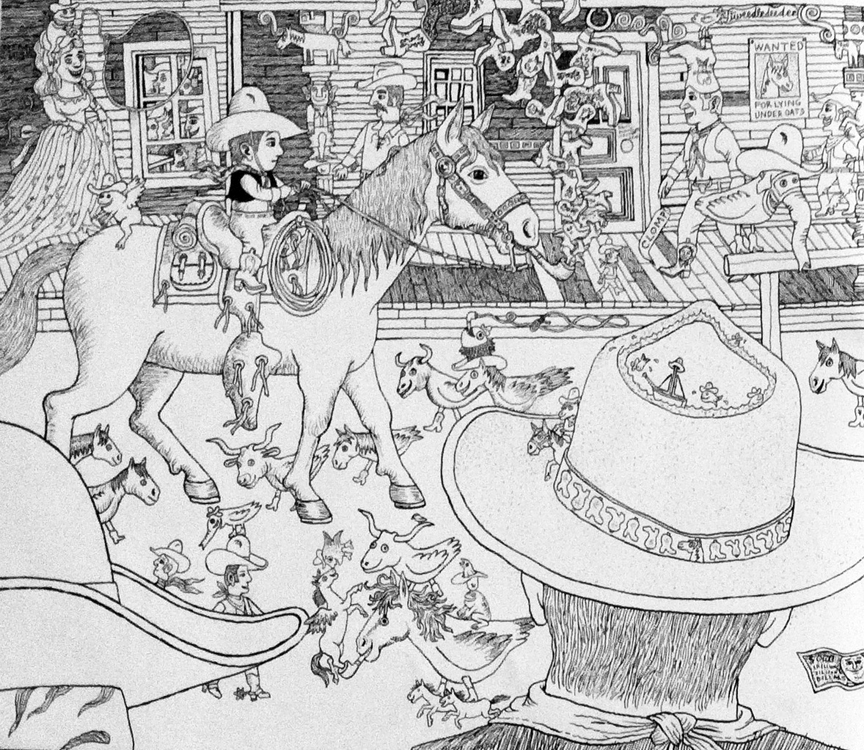 In other words, this West is a distorted version. It’s a view of a somewhat familiar place with repeating figures that all make sense in a colloquial way—cows, cowboys, cacti, clomping boots—but also that tip over the edge of reality into a hyper-reality infused with an infinity of stock characters and caricatures. A cowboy’s boots announce “CLOMP!” as they step. The wallpaper of the “Sodaloon” turns out to mimic the hybrid creatural ecosystem that surrounds.

Deke and his fellow outlaws carry feathers instead of six-shooters; they’ve tickled the town into submission. The Kid volunteers to take charge and clean up the town. But how will this Kid ever stand up against these hooligans and their nasty ways? To find out, it’s worth the patience of an interlibrary loan, or a $50 tattered copy on Amazon. 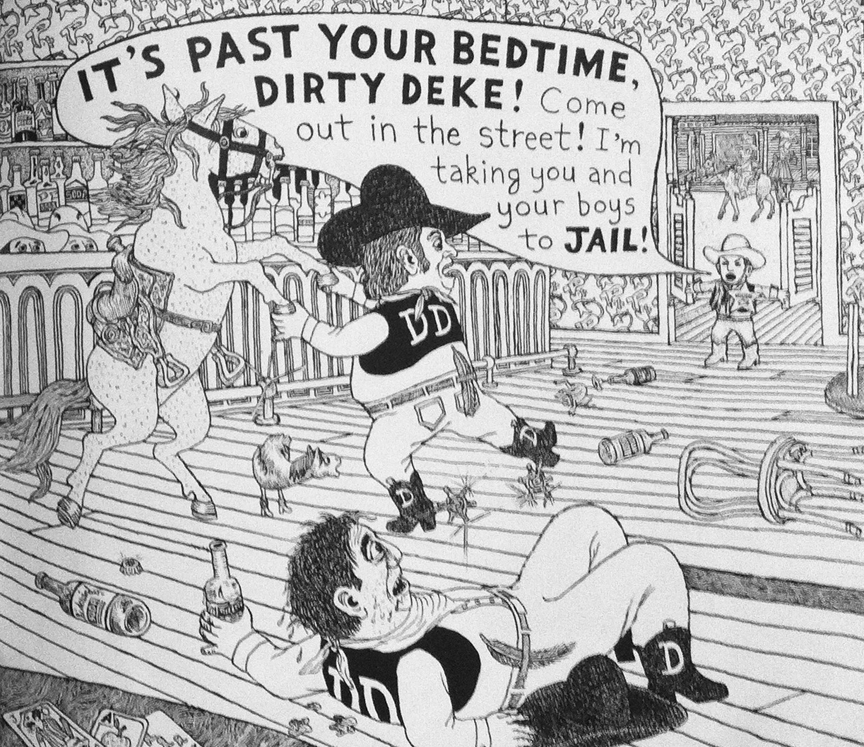