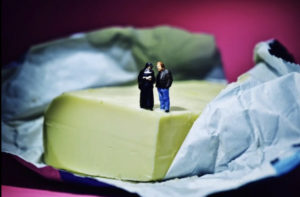 Tara Gorman wakes at 6 a.m. to be at work by 7. She’s a retail manager at a wholesale produce company in Western Massachusetts. She calls it “the fruit mines,” and tells me she likes her job. Most days Tara works until 6:30 p.m. and is home by 7. After dinner she does whatever chores need to be done to clean up from that day and prepare for the next. Then, with whatever time and energy is left, Tara goes to the basement to play with toys. She makes dioramas or stages scenes that sometimes include produce or other food. On her day off Tara might walk in the woods, bringing along an elephant, a nun, or a man in a lawn chair or other little toys as well as her camera. This got me thinking: do adults make art for the same reasons children play? Neither activity is immediately necessary for survival and yet–– 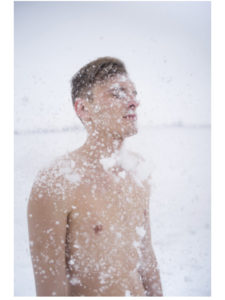 Sergey Melnitchenko’s series Young and Free was made before the Russian invasion of Ukraine. Context, in this case war, shifts the impact and meaning of an image or artwork. Melnitchenko typically shoots his subjects nude. This strategy can free a body of its cultural specificity and the distraction of clothing styles. The nude body can evoke eroticism or innocence. The tone of this work is innocence and levity. The young men in these photographs play with an attitude of freedom, apparently without shame. In the context of war, the unclothed bodies of young men seem vulnerable, beautiful and tragic. Ukraine has been engaged in a defensive war for almost a year now. I look at these photographs and I worry about these men. As a mother of sons and as a human on Earth, they hurt to look at. Context bleeds into art, and art bleeds back. 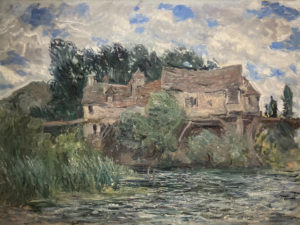 I visited New Orleans Museum of Art one last time in 2022. “Whaaat?!” I said, under my breath when I saw an unfamiliar painting in the Impressionist gallery. “You sly devil,” I said to the painting or maybe to Monet himself. This canvas did not look like a typical Monet, but also it did with its cerulean sky, puffy clouds, wide variety of greens, a variety of brushstrokes. The way the water was articulated, deep blue and a surface–both the surface of the water and the surface of the painting–of horizontal skittering white marks was all Monet. The main reason the painting didn’t look to me like a Monet, other than the fact that I had never seen it before, was the main subject and how it was painted. The big, sagging beige-ish brownish structure was quite un-Monet-ish. The wall label read “Houses on the Old Bridge at Vernon, c. 1883.” 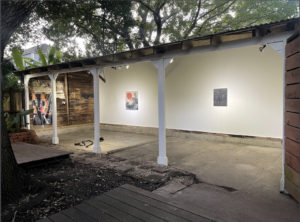 Last month, the final exhibition at SHED on Poland Avenue closed. The founder-directors (and spouses) Gabrielle Banzaf and Jon Gott are leaving New Orleans. But SHED isn’t closing; it’s shapeshifting. Though SHED was created in the backyard of their rented New Orleans home, they told me, the project was never limited to a certain geography. 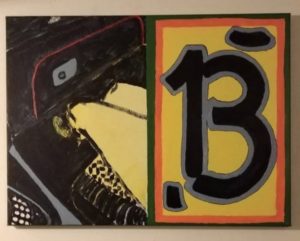 Bert Drieghe works four days a week as an electrician near Ghent. In our email exchange in English (Bert’s native language is Flemish) he specified, “I don't do house installation, but make electrical cabinets for industry, such as conveyor belts, mixers, rollers, automation... Just like everything in my life, this certainly has an influence on my paintings.” 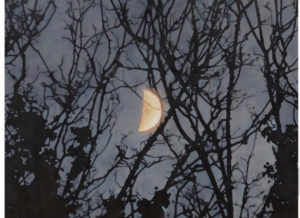 For a period of time when I was very young, the song “Arthur’s Theme” by Christopher Cross played on the radio at least once every hour. The lyrics, If you get caught between the moon and New York City, were a mystery I thought a lot about as a child, ten years old. How could a person be caught between New York, where that person was, and the moon, so many miles away? That space between the person and the moon was vast but connected by some intangible current, force, or thing. That tether between the person in the song and the moon is, in art terms, the gaze. Since there have been humans, they have gazed at the moon. 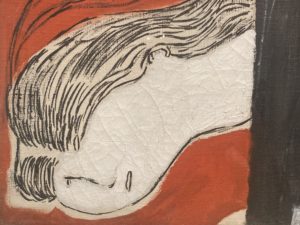 She wasn’t a painter. This was one of my first thoughts while looking at the works on view in Louise Bourgeois: Paintingsat The New Orleans Museum of Art. Later I read in ARTnews this quote by Claire Davies, associate curator at the Metropolitan Museum of Art, who organized the exhibition:

“She never went back to painting. She continued to draw so she was still very much invested in kind of putting pen on paper, but she didn’t take up a paintbrush again after 1949. That kind of begs the question: why? I went into the exhibition hoping to answer that question, but I came away convinced that it’s not really possible to answer it definitively.” 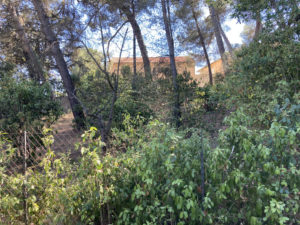 I’ve returned to the South of France many times since I spent the better part of a year in a village outside of Aix-en-Provence more than fifteen years ago. I never visited Cézanne’s studio, his atelier, though many locals recommended it when they learned I was a painter. Before living in the south of France, I understood Cézanne was an important painter, but I was not particularly drawn to his palette or distinctive brushstroke. After I left, in the years that followed, I found myself full of feeling when I looked at Cézanne’s landscapes. I have not been certain if this feeling is admiration or nostalgia, or both, or something else. This summer I decided to finally visit the Atelier Cézanne in Aix-en-Provence. 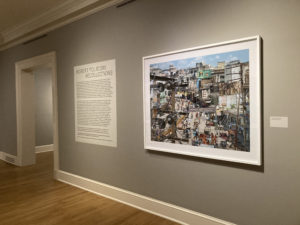 How do you look at a photograph? I actually shrugged my shoulders in the first gallery of Robert Polidori's exhibition Recollections at New Orleans Museum of Art. I was surrounded by gorgeous, large-format photographs and, as often happens to me in front of photographs, I immediately grew insecure about my lack of expertise, about not “getting it.” Painting is my first language, but I can pretty confidently engage with art in most forms. What is it about the photograph that makes me feel like I’m lacking something? How do you look at a photograph? 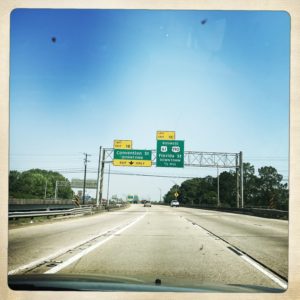 I have lived in Louisiana for over a decade and have never been to its capital city. A few weeks ago, I got a message from Mat Keel and Liz Lessner at Yes We Cannibal, a gallery, artists residency, innovative art space and work-in-progress in Baton Rouge. Mat said that Tom Beller sent him and he was wondering if I was interested in writing about the current exhibition. I missed that particular show, but a few weeks later decided to go check out the art scene in Baton Rouge...
Next Page »