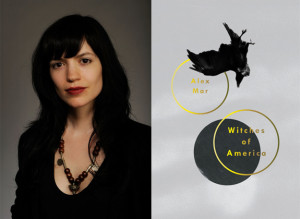 Alex Mar’s new book, Witches of America, is a search for meaning, esoteric and otherwise. She takes her reader on a spiritual cross-country road trip from the Bay Area of California to New Orleans, from the prairies of the Midwest to woodsy little towns in the Northeast. She introduces us to some of the different disciplines in this new kind of faith—Feri, Wicca, Ordo Templi Orientis—whose names sound almost beyond language. With the writer as a proxy, readers experience ritual, spell-casting, initiation, all of it striving for connection to the divine principle that, for most of us, remains so elusive. Throughout Mar proves an intelligent, candid guide.

The project is an outgrowth of her documentary film American Mystic, and it raises many similar big questions: What is the nature of belief? Is there real power in ritual? Why do humans consistently crave a mystical connection? Why do so many of us shy away from it? The benefit here is that the written format allows Mar to go deeper, turning these questions inward, exploring her own desire for grounding and guidance, as well as her own hesitation and skepticism. Of course, she finds no canned, simple answers—and neither does her reader. She leaves us in a dark, productive place of uncertainty and asks that we draw our own conclusions.

Mar and I spoke about the book over tea a few days ago. During our conversation, she reminded me that occultism is growing in the United States—estimates run as high as one million practicing Pagans. But, as the night went on, what I liked best was the reminder: Everybody has a little ritual in their lives.

Mar will read from Witches of America at an event celebrating its release at 7 p.m. on Wednesday, November 18, at the Antenna Gallery (3718 St. Claude Ave.) along with authors Margaret Eby and Justin Nobel. Read the Room 220 interview with Eby here.

Room 220: Writing nonfiction seems like a tricky business—there are so many things to consider when you choose to write about real people and situations.

Alex Mar: It’s a famously fraught process, and that’s part of what makes it so fascinating—the relationship you have as a writer to your subjects and the degree to which you choose to reveal yourself in the work. Do you use the first person or not? I really admire Leslie Jamison’s work for this reason. We both sort of strategically use the first person. I love her emphasis on the word “empathy” because that’s a huge part of this work, trying to intimately relate to the people you write about, even when a perfect empathic connection is never going to be possible.

Rm220: Did you feel like you had an ethical obligation to include a first person perspective?

AM: Completely. People shared their most intimate stories with me for years. We talked about what they believe in, their religious practices, which in many cases is stuff that sounds alien to the average reader. My subjects were aware of that. If they’re going to be that vulnerable then I also have to be honest about where I’m coming from. And my understanding of the project changed. The book is about the lived experience of religion. That’s universal, but it’s also messy and incredibly subjective. At first I thought the book would just be a series of portraits of people in recent history, a new chapter in the story of faith in America. But then I discovered that I couldn’t spend years writing about magic and witchcraft and the occult and pretend to have a neutral relationship to it all. I had to be myself. I’m not interested in holding myself at arm’s length or pretending that I’m purely a writer. My relationship to all this became very personal.

The thing is, too, I don’t write about anyone I don’t feel some sort of click with. I met many people in the Pagan community but my natural relationships determined the shape of the book. I’m honest about that in my relationship with Morpheus [Ravenna]. She has a wonderful natural charisma, especially in ritual. I needed to be open about our dynamic. I’m in the room with her. I think a lot of nonfiction writers would say something similar about their subjects. There’s an attraction and that’s complicated. What is it about this person that reveals something to me about myself? 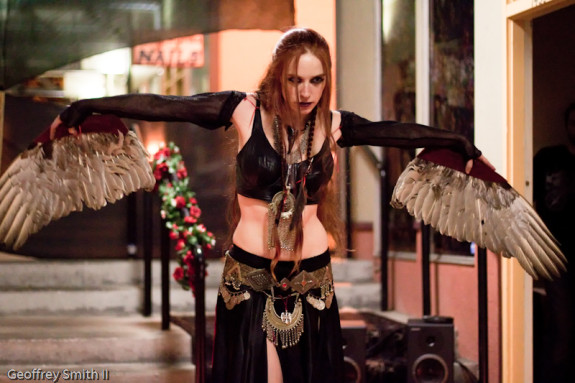 Morpheus Ravenna, a Wiccan priestess who appears in Witches of America

Rm220: I noticed you use the word “embarrassing” frequently in the book. Did that have to do with any of the feelings you just described?

AM: There’s a belief among writer friends of mine that whatever makes you the most uncomfortable is probably what you should write about. I think that’s true. The questions I ask in the book are really essential. In questioning what someone believes in and how they justify that belief, you question how they see themselves. What is your ego built on? Do you have a sense of security? Do you believe in community? Do you feel alone? Are you worried you’re going to die someday and your life won’t have meant anything? Unless you’re setting yourself up with the aim of being a New Age or self-help guru of some kind, when you engage with this level of sincerity you leave yourself open to potshots. You expose yourself.

I also wanted to be transparent with my readers, which is a real tightrope act. Anytime I thought the subject matter was getting a bit much for that mythical person, the “average, mainstream reader,” I would include an aside acknowledging that it felt a little unusual for me, too. Moments like, “Okay, someone’s making a blood offering,” or “We’re in a circle with four hundred people and we’re taking a vow on a sword.” Ending up in a cemetery in the middle of the night with a magical society. I tried to balance any thrill or curiosity I felt about those situations with a real awareness of readers’ reactions. I would be wrong to assume these are easy places for everyone to go with me, so I tried to use myself as a bridge. I wanted my readers to be open to the connections I was making. There’s a parallel, for example, between a spell and a prayer, or a coven and a local Christian congregation. I really wanted to place Paganism and other occult traditions on a spectrum of spiritual practice in this country.

Rm220: Do you think people in this culture are hungry for ritual?

AM: A number of people have talked to me about that, how they wish they had ritual in their lives. I still have that feeling myself. We live in a very religious country but at the same time the culture is so secular. There’s this dismissive attitude, as though it makes us stronger not to have faith-based elements in our lives. Somehow that makes you more independent, more of a modern person, more of an intellectual and a rationalist. More reliable and less of a sucker. And yet there is a sense of dissatisfaction among people I know.

Someone I went to college with died when he was still very young. His parents held a memorial in New York but they were atheists (and of course they were also incredibly upset) and they didn’t want anything formal to go on. There was this big gathering of mourners but there was no ritual at the center of it. And suddenly the memorial was over and people had this look, not just of sadness but also of real confusion. I really believe it’s because everyone wanted some kind of ceremony that day. It didn’t have to be religious but it should have culminated in something we could all focus on. Something we could use to wrap up that moment and take it with us, to have when we think about this person we miss. Humans need to mark the beginnings and the ends of things in their lives.

I thought about that when I was in Illinois with a group of Dianic Wiccans, that women-only branch of Wicca that started in the 70s. In the book, I write about going to see a “croning” ceremony, in which older women are honored. I found it so touching. The whole community gets together to acknowledge certain women as they enter this later phase of their lives. They’re celebrated for their level of experience. That seems so inconceivable in contrast to popular culture. We don’t really mark the different phases in our lives. 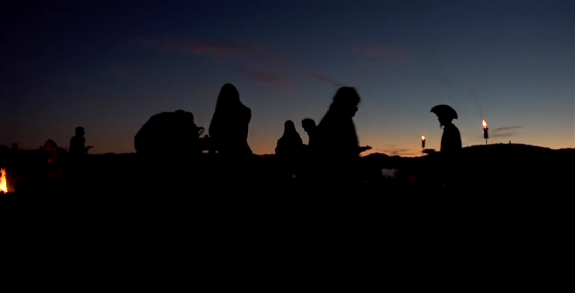 Rm220: Is the rise of Pagan spirituality in the United States tied to any specific characteristics of American culture? Paganism is a very individualistic practice, for example.

AM: It’s one of the reasons I gave the book its title, Witches of America. Paganism is a very all-American, very pioneering type of tradition, which is counterintuitive. I love that! You can create an identity for yourself by taking charge of your own religious practice—through initiation, through training and becoming a priest or priestess yourself, by taking a new name, forming your own community. Pagans and occult practitioners have a direct connection to their gods and goddesses. They don’t have to go to their local priest or listen to what the pope says all the way from the Vatican. The self-realization that’s at the heart of this movement feels perfect. There’s no status given to anyone in the community based on how much they can donate. I’m not saying that’s what Christianity is about but this really does feel like a democratic, populist movement. Say for example you’re stuck in a low-paying job you don’t like. That doesn’t have to have any relationship to your spiritual identity and the respect you have among your covenmates or within the local Pagan community. And the people in your day-to-day life could have no idea about your religious practices. You’ve hacked the system on a spiritual level. I have a lot of respect for that.

Rm220: You’re describing someone who doesn’t derive an identity from pursuing the traditional American Dream.

AM: There’s a longstanding idea of the witch as someone who lives on the edges of society. Part of that is about being willing to walk right up to the edge to try and discover something about life and death and the universe. I’m not sure you can live that way, focused on these huge spiritual questions, and also have all the material comforts this culture tells us are so important.