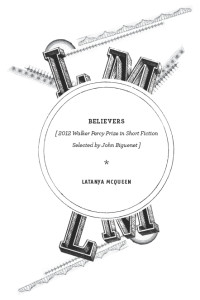 The hole appeared overnight, at least three feet deep, two feet wide, and two feet long. It was as if someone had taken a shovel and dug a grave in the backyard. That’s what it looked like, Marty thought. A shallow grave for a child or a dog.

Marty noticed it early one morning. He looked up from the kitchen table, paused at his son Cory in the living room watching Looney Tunes, and glanced out at the front yard. His eyes first went to the vegetable garden his wife had started. Weeds trampled over the few cherry tomatoes beginning to grow. The summer heat was causing his grass to die. He sighed as he looked out at his wilting straw-colored lawn, and then he noticed the hole.

Outside, one of his neighbors trimmed his rose bushes, a habitual chore he did in the mornings when the dew still grazed the petals. Unlike Marty’s, his lawn was perfect—the grass evenly cut and a deeply rich, forest green.

Two stone gnomes sat in a flowerbed near the front steps. Marty thought them chintzy. What is his name? he pondered briefly, but then his eyes focused on the hole again. He continued staring blankly out the window, blinking a couple of times, thinking maybe he was imagining things. He glanced again. The hole was still there. “Damn,” he mumbled, then took another gulp from his coffee.

She came out of the bathroom with half her hair wrapped in foam magenta rollers. Still in last night’s negligee, the silk shimmered as she moved.

“Did you make that mess out there?”

“What are you talking about?” Dora pulled out another roller and placed it on the table. She fluffed out her dark curls.

Marty leaned backwards in his chair and placed both his hands behind his head, flexing his arms in the process.

“Quit that now,” he said, losing patience, and as if on cue Dora stopped and glanced at her husband. Nothing about him had changed, not even the teasing expression on his face, but the tone in his voice was different, and it was enough to make her pay attention. “You don’t see that big hole?” Marty nodded toward the yard.

“Is that your doing?”

“Why would I dig a hole in our yard?”

“Maybe you should ask your son.”

They both looked at Cory who sat cross-legged on the carpet, a bowl of Cheerios tucked snugly in his lap. At the sound of his name his eyes darted up to his parents. “I didn’t do anything,” he flinched.

Marty eyed his son. “You weren’t digging out there?”

“No,” he said. “Yesterday I had school and I came home and was inside all day. I didn’t dig a hole.”

“Oh, leave him alone,” Dora interrupted. “I was just kidding. Don’t you think I’d have noticed him out there digging something like that?”

“Well, it still doesn’t explain it,” Marty said. “How can a hole like that appear overnight?”

“Maybe it’s been there awhile and we just never noticed it before,” Dora offered.

“I would have noticed,” Marty mumbled.

Around the same time, neighborhood children began disappearing. It started with the Perkins’ boy. He was prone to mischief and he looked the part—red hair, sparkling green eyes, a slinky, cat-like frame. He enjoyed pranks, and maybe that was why no one thought to notice when his mother couldn’t find him. A few weeks before he’d gotten a suspension for applying rubber cement to the teacher’s chair so that when she stood her dressed ripped from hip to knee, revealing to the class her underwear. “He’s probably still playing hooky,” neighbors consoled Mrs. Perkins. “He’s probably trying to fool all of us.”

Then two others went missing. The Peterson’s daughter left the house to get the mail and never returned. The Anderson’s son disappeared during the night. When he didn’t come down for breakfast, Mrs. Anderson opened his door to find his bed empty, the sheets untouched. None of his belongings were missing. “He was just gone,” she told reporters.

People panicked. Children don’t go missing, they believed, not in this town and certainly not without someone noticing, but in reality, no one saw the children when they were there. The Anderson’s boy grew up with a stutter, one bad enough to cause him to get made fun of when he was younger. He’d spent years in speech therapy and even though it was barely noticeable now, he’d grown accustomed to not talking or saying very little in conversations. People often forgot about his presence in a room. His whole life he was considered an afterthought, until he went missing. The Peterson’s girl was heavyset. Her fair skin turned bright red in sunlight, and when she was outside she looked like a bright red bustling tomato. That’s what other kids called her at the pool when she stripped down to her swimsuit. Flustering, her face turned redder, and the shame of her size caused her to stay indoors most of the summer. She hadn’t even wanted to go outside but her mother insisted she at least get the mail, and so she went. The Perkins’ son was flunking school. He knew he’d have to make all A’s the rest of the year in order to pass, so he didn’t bother trying. His teacher hated him because of it, and because instead of making an effort in his studies he spent his time making her classroom a hellish existence. Had she asked him why he did it, why he chose not to care, she’d learn that every evening when he got home from school his father would drive him to the grocery store he owned and the boy would help his father stock shelves. It was late in the night when he’d get home, and by then he was too tired to do much else.

{To read the rest of this piece, please purchase Issue 39.1.}

LaTanya McQueen’s stories have been published in The North American Review, Fourteen Hills, Nimrod, Potomac Review, and others. She received her MFA from Emerson College and is currently in the PhD program at the University of Missouri.