You are here: Home / Essay / Betsy 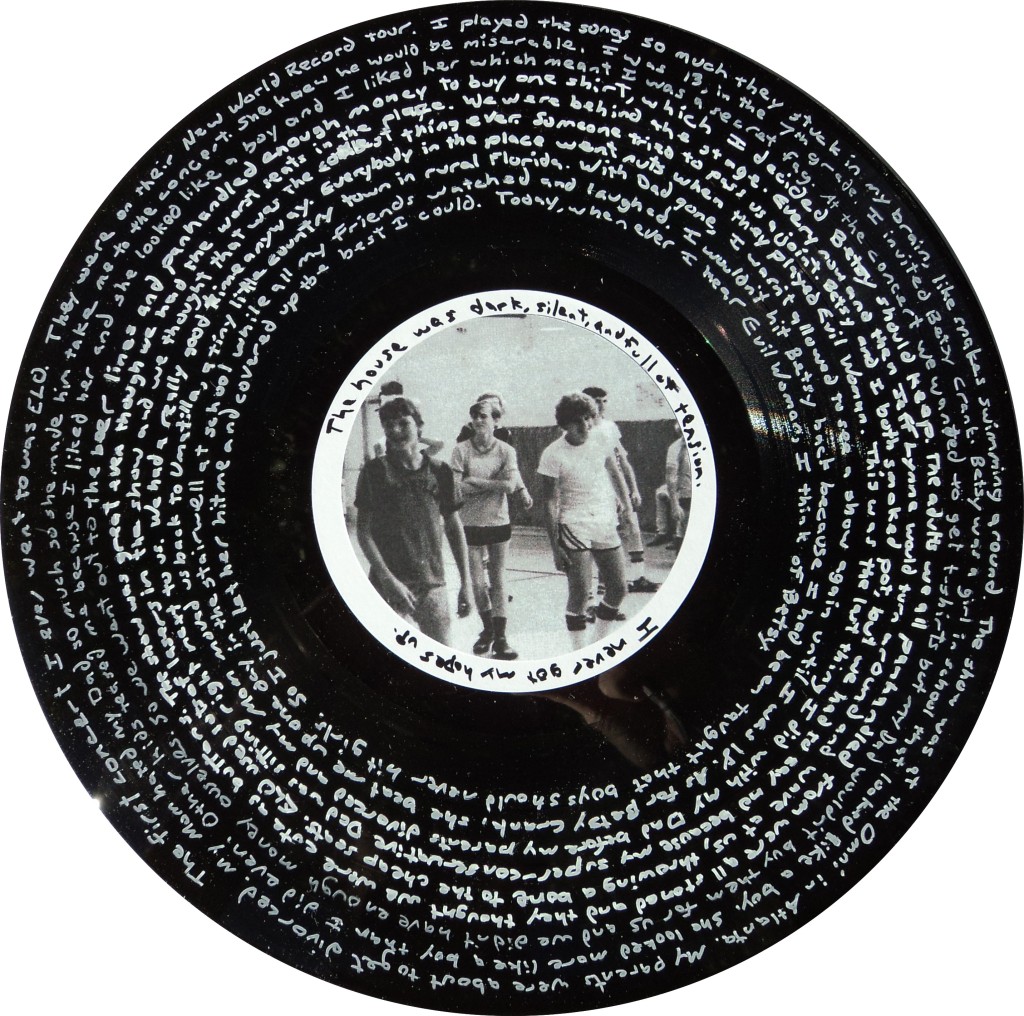 The first concert I ever went to was ELO. They were on their A New World Record tour. I played the songs so much they got stuck in my brain, like snakes swimming around. The show was at the Omni in Atlanta. My parents were about to get divorced. My mom hated my dad, so much so that she made him take me to the concert. She knew he would be miserable. I was 13, in the 7th grade. I invited Betsy Crank. Betsy was a girl in school who looked like a boy. She looked more like a boy than I did even. Other kids teased me because I liked her and she looked like a boy and that meant I was a secret fag. At the show we wanted to get t-shirts but my dad wouldn’t buy them for us and we didn’t have enough money ourselves. So we went out to the beer lines and panhandled enough money to buy one shirt, and I decided Betsy should keep it. The adults we panhandled from were all stoned and they thought we were cute as buttons. The show was great, even though we had the worst seats in the place. We were behind the stage. Every now and then Jeff Lynne would turn around and wave at us, throwing a bone to the cheap seats. ELO used lots of lasers in the show and we thought that was the coolest thing ever. Someone tried to pass us a joint. Betsy and I both smoked pot, but we had to say no because my super-conservative dad was sitting right next to us. We had a really good time anyway. Everybody in the place went crazy when they played Evil Woman. This was the last thing I did with my dad before my parents divorced and my mom moved us back to Umatilla, a tiny, redneck, can’t-get-there-from-here town in rural Florida. With Dad gone, I wouldn’t be allowed to see a show again until I was 18. As for Betsy Crank, she beat me up one day in the stairwell at school while all my friends watched and laughed. I wouldn’t hit Betsy back because I had always been taught that boys should never hit girls. So I just let her hit me and covered up the best I could. Today, whenever I hear Evil Woman, I think of Betsy.

Giles Cassels lives in San Francisco and works in San Jose, California. His essays and short stories have previously appeared in The Morning News and Warped Reality.