A pigeon wing brushing against the window screen, I think, as I’m seated at my desk, listening to the scratching sound. Something I can easily ignore even as it persists. The sound does not drown out yelps from my daughter who refuses to go down for her afternoon nap. They don’t subside, so I’m guessing that Maya is way down in the basement washing a load of diapers. Then the grating sound becomes more agitated, more persistent, but I still don’t want to check. It becomes a loud scraping, metal against metal, and as quickly as I decide it’s surely no city bird, there she is—a woman, a girl, not sure which yet, forcing up the sash and climbing through the window. She’s wearing a long shirt, maybe something she slept in, and her feet are bare and her hair’s all over the place, like a wild animal—live brown filaments electrically charged. Her toenails are painted bright pink and she’s thin, bony. I quickly rise up, startled and can’t do anything but stare at her. She looks annoyed, pained, at odds with her situation. “Hey,” she says, “give me a light.” She waves around an unlit cigarette that I realize it must have been wedged between her lips as she shoved open the window. “I don’t smoke,” I tell her, “I don’t think we have any matches.”

I’m nervous that Maya will come through the door any minute, complaining that I never tend to the baby, never even try to rock her to sleep. Then the girl walks over to my bookcase, not to peruse book titles but to run her hand along each shelf, feeling for a matchbook. She doesn’t say anything, but I know this is what she’s doing. I repeat that I don’t think we have any matches and begin to reel off a list of the things that we don’t have matches for—to light a barbecue grill, to light candles, to sterilize a needle before removing splinters, and then I begin to wonder why we don’t do any of these things. Too late—the girl is already climbing back out. “Screw you,” she says, in a surprisingly calm voice. Once she’s fully out, I go over to try to figure out how she came in. There’s a very narrow ledge between the first and second story, no more than three of four inches, and it doesn’t look as though there’s anything to grip. Bricks in need of pointing, window casements spaced far apart. I lean farther out and look up to the third floor and over to the right and left. No sign of her, she’s disappeared completely, not even a final tugging flutter of her shirt.

Leonard Kress has published fiction and poetry in Massachusetts Review, Iowa Review, American Poetry Review, Harvard Review, and others. His recent collections are The Orpheus Complex, Living in the Candy Store, and Braids & Other Sestinas. He teaches philosophy, religion, and creative writing at Owens College in Ohio.

He wanted his scattered
on the Outer Banks, where
I wandered one summer
past him naked in bed
with a woman, the two of them
sunburnt except for cutouts
of swim trunks and bikini,
the curtains’ inebriated sway,
a barely … 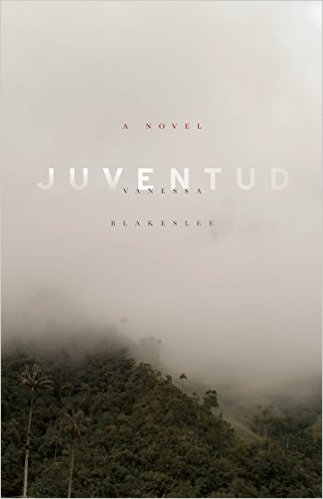 Home is What Divides Us: A review of Vanessa Blakeslee’s novel Juventud

Over the past year, a number of high-profile novels have moved beyond American insularity to engage questions of social justice. Dinaw Mengestu’s All Our Names (2014) follows a … 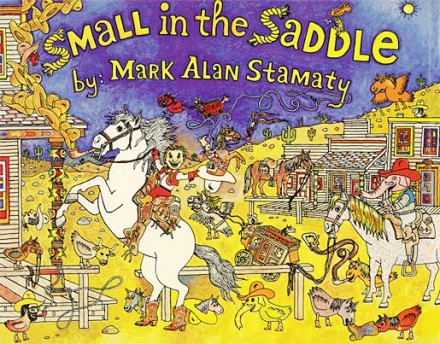 A Revisited Classic: Small in the Saddle

Small in the Saddle is a children’s book by the brilliant illustrator Mark Alan Stamaty, originally published in 1975 and out of print for some time now.

It is a phantasmagorical story about the Old West, with a twist—or rather, …

Praise for this Book

Self-knowledge is the subject of the poetry of __________. But it’s definitely TMI self-knowledge. It’s the type of stuff that makes a seasoned psychologist whither into fantasies of a tropical retirement while saying, “Tell me more.” I mean, it’s gross. …

The O. Henry Awards have been awarded for nearly one hundred years, honoring …

Elinor Lipman was born and grew up in Lowell, Massachusetts, and attended Simmons College. She has published novels and short story and essay collections. Her novel Then She Found Me was made into a movie of the same name, directed … 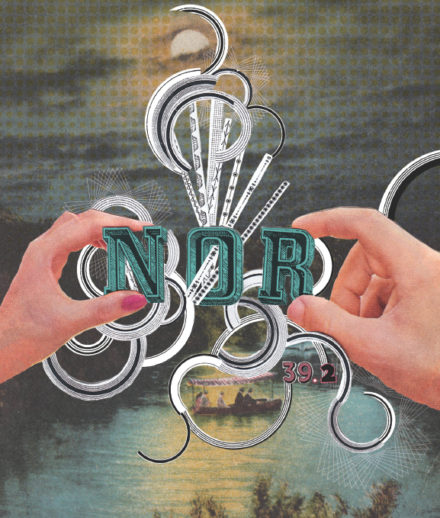 White parents, a mom and a stepdad from Bloomington, Minnesota, people who call themselves progressives but vacation every year in Paris, have a problem paying a whole hundred dollars for a list of school supplies generated without transparency. … 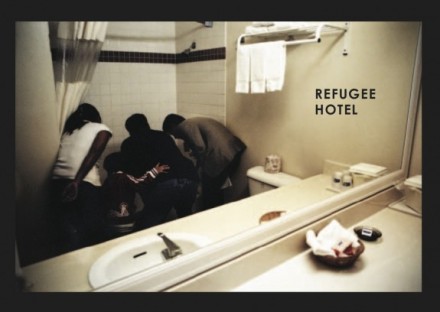 All images by Gabriele Stabile from Refugee Hotel

Refugees granted asylum in the United States arrive through only a handful of cities. They often spend the first night in their new country at a …

Dream DNA: Personal Mythology and the Narrative Elements of Taemong

The term taemong refers to Korean conception dreams that forecast not only the births and genders of children, but their personalities and career paths as well. In Korea’s not-so-distant past, it was thought that in order for a child to …