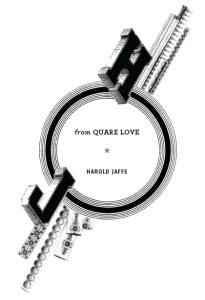 OŚWIĘCIM, Poland—As they do on every anniversary of the liberation of Auschwitz by Soviet troops, witnesses to the Holocaust will gather Sunday, older, frailer, fewer than the year before.

After 68 years, the camp itself is showing its age under the pressures of time and tourism.

With a budget underwritten by the state of Israel, the current director, Jo’zef Korzeniowski, a 63-year-old retired hospital administrator in Warsaw, is searching for ways to preserve vital evidence of Nazi atrocities and update the exhibits without chipping away at Auschwitz’s authenticity—or giving fodder to Holocaust deniers.

“The major dilemma,” Korzeniowski informed a group of Israeli Knesset ministers crowded into his office in one of the Auschwitz barracks, “is preserving what is original while permitting visitors to see and touch.”

“This wasn’t constructed like a gothic cathedral to endure for centuries,” Korzeniowski reminded the ministers. “It was a Nazi death camp built to last a short time.”

Most sensitive, perhaps, is what to do about the remains of gas chambers which are slowly sinking into the earth, the result of weather, erosion and gravity.

Toward the end of World War II as the Soviet army advanced, the Nazis attempted to destroy the evidence by blowing up the gas chambers and crematoria in its multiple extermination camps. Today, those testaments to German engineering are mostly in ruins, an abstract “canvas” both of the original crimes against humanity and the attempt to conceal them.

Given its singular role as proof of the Nazi atrocities inflicted on Jews, Roma humans, homosexuals, communists, and the physically and mentally disabled, the decay of Auschwitz poses a special problem.

Still visible are the railroad tracks on which the “cattle cars”
transported the condemned to the camp,
the barracks where they lived in appalling conditions,
the chambers where they were gassed,
the crematoria where their bodies were incinerated.

Auschwitz, 68 years after, provides a picture of how the camp operated, whereas many other former Nazi extermination camps, including Treblinka and Belzec, are marked today only by rusted monuments.

Auschwitz’s eventual decay is accelerated because the materials used, such as softwood in the watchtowers and the barracks, will rot or collapse.

Korzeniowski reminded the Knesset ministers that some of the decaying structures at the camp were initially constructed by weak and starving inmates exerting minimum effort to preserve their strength.

Evidently, those inmates rejected the exhortation which the Nazis nailed over the main entrance to Auschwitz: Arbeit Macht Frei—“Work will make you free.”

{To read the rest of this piece, please purchase Issue 39.1.}