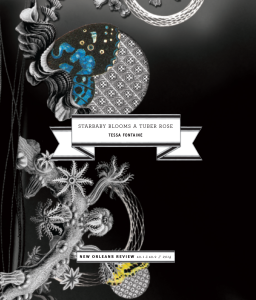 When the pops walked into my room, he saw the One-Who-Got-Away’s underthings spread across the floor with jars of moths on top of each one, and that’s why we had our little accident. I didn’t think he was coming home so early from rehearsal. I’m not supposed to touch the drawer of her underthings even though I’m not ten anymore, I’m eleven-and-a-half, and rules usually change as you get older, but I guess not that one. I needed them for an experiment. When he came in so mad, I tried to escape to the bathroom but the pops got there fast and reached out and accidentally got my arm instead of the wood and yanked me backwards in a spin and I went down, his fist still around my arm, my body falling on the other arm, the one that can’t reach out to catch me since it is eleven inches shoulder to fingertips, so I fell hard. The pops cried out and reached down for me, but just before his hands got there he pulled them away and went downstairs instead. “It’s ok,” I yelled after him, “I’m fine!” Sometimes he feels so bad that he has to go be alone. I stayed in the bathroom for a long time, forgiving him over and over again.

First, there were three of us living in the house: me, the pops, and moms, who, when she first left, was “her,” then “Vacation-Sally,” then “bitchfuck,” then, after four months of no mention at all, she became “the One-Who-Got-Away.” She’s famoose. It was during those four months that I started performing my experiments. What I’m into is transmigration of the soul. That’s when one thing slides into another thing, so I found an old hairbrush that fell behind the dresser I’m not to touch. It had been The-One-Who-Got-Away’s. The bristles were nesty with hairs. They smelled like what she smelled like early in the morning when I snuck into the living room, behind where she practiced her lines, and put my face in close to her neck. “Starbaby,” she’d say, kissing my eyes. I pulled a few of the hairs out and stuffed them inside the pop’s breakfast sausage so he wouldn’t choke when he swallowed them. So he wouldn’t fight it. He has seven or eight strings inside him now, sliding her straight into him. She’s transmigrating into him, those hairs spreading like roots down his legs and around his heart. Soon, she’ll be all inside him. When I walk into the living room, he will kiss my eyes.

When the three of us lived in the house, the pops worked at a milk factory. Quality control. The One-Who-Got-Away had the pops bring home boxes and boxes of extra milk so she could practice making the faces that the kids whose pictures were on the milk carton made. She had soft orange hair that waved out from her face. People stared. They looked at her when we went to the grocery store or post office or dentist, and she smiled at everyone. Even when she was just standing still, everyone looked. One foot would be on the ground, but the other bent at the toes, or pointed, or heeled, hands on her hips or elbows resting on a counter, swiveling her neck towards a noise behind her with a wink and smile before she even saw who it was, always at every moment like a lady winning the slot machines on a billboard, like a girl on a package of spinach.

“This is my most beautiful,” I want to say to her all the time when I think of her face. The moon of it, already the full star of it. I helped install the mirrors in our living room for rehearsals and also planted tuber roses beside the house so that when they were big, we could cut their stems and pour them all over her while she would bow and bow and bow. “Starbaby,” she’d say, not because of my baby arm, but because I was her baby once.

Tessa Fontaine ran away with a circus sideshow. Essays about that adventure can be found at The Rumpus, and other recent work appears in Creative Nonfiction, The Normal School, Seneca Review, DIAGRAM, and [PANK]. She is currently a PhD student in prose at the University of Utah.