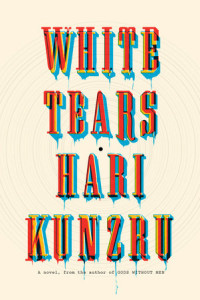 In Doctor Faustus, Christopher Marlowe’s most lasting and celebrated play, an accomplished man of learning sells his soul to the devil for knowledge of necromancy, or magic. For this vainglorious act he enjoys years of blissful insight, only to be forced offstage and into hell. In his darkly entertaining new novel, White Tears, author Hari Kunzru has created, in Seth, a modern Doctor Faustus.

Seth, an awkward middle-class white kid, struggles through college nursing an impractical but consuming passion for sound recording. He has talent and ingenuity. He might, in time, have succeeded in the music business on his own merit. Instead he forms a dodgy friendship with Carter Wallace, the weakest branch of a devilishly rich family empire built on slavery, and later on lucrative private prisons. The magic on offer, in this case, is money and the means to make music. The necromancy is the Wallace family’s ability to control the historical narrative, and not only twist reality but canonize the most lucrative and favorable version.

Seth, who narrates most of the story, does not think himself a bad guy. But he is vulnerable to flattery and overawed by Carter’s attention and wealth, which, for a time, protects Seth from a discomfiting awareness of the past. He spent his youth avoiding the music of the black musicians that Carter covets because, “there were echoes I couldn’t afford to hear…I made a run for it, away from human history and its dark places, into techno, the aural city of the hill. Here was a shiny sound-world made of purely electronic tones, in which I could float free of all context, cocooned in the reassurance that yesterday was long gone, or perhaps never existed at all.”

The echoes he avoids carry a responsibility that Seth has no wish to acknowledge. They are echoes of men who suffered, and continue to suffer, a long history of oppression; echoes of those upon whose unheralded labor the American music industry was founded, not to mention agriculture and infrastructure. His avoidance strips the present of its historical context and allows Seth, and the white middle-class he represents, to enjoy the fruits of exploitation without entertaining the guilt.

But only for a time. As in Marlowe’s Doctor Faustus, the promise of transcendence proves false. He soon discovers the tenuous nature of his alliance with Carter. It will be allowed only as long as Seth proves irreplaceable and acquiescent. Carter and Seth are not friends, as Seth insists, but associates. The cost of this is not merely a raw awareness of the racial injustices exacted by the Wallace family, but damnation. Once passive and naïve, Seth, in accepting Wallace money, becomes complicit in the family’s affairs. For this he suffers a fate arguably worse than the punishment he later imposes on the Wallaces.

Through a series of phantasmagoric narrative shifts, the ghost of Charlie Shaw – whose music Carter Wallace appropriates and, with Seth’s help, remasters—takes possession of Seth and fills him with memories of injustice at the hands of white men. In another shift, Seth becomes a black man, wrongly imprisoned. He is beaten and demeaned. He experiences helpless rage and learns what so many black Americans already know: that for the powerless “something can happen to you and afterwards it cannot happen. For you it happened, but somehow they”—the keepers of the narrative—“remember it differently, or don’t remember it at all.” Seth loses control over his memories and his future. Like Shaw, his potential comes to naught.

All of this is brilliantly conceived, but this is not a flawless book. Halfway, we leap into the past and the point of view of JumpJim whose colleague, Chester Bly is also possessed. JumpJim’s narrative, gripping as it is, overwhelms Seth’s story, dispersing the horror. Nor is this a book built on complex characterization. Carter Wallace is a rich boy caricature, seeking, like his shallow artist sister, an authentic life in the suffering of others. What they want is license to feel anything, even pain, but not too much. Emotions, Carter supposes, like clothing and people, are disposable. Indeed, the whole Wallace family is an outsized (and all too familiar) portrait of corrupt wealth and its soul deadening effects.

Seth begins with personality and the potential to develop into a full and flawed character. But narrative shifts dilute his voice. Beyond a hard-on for Carter’s sister and a talent for recording, he lacks definition. Even his name, Seth, makes a whispered and unsubstantial sound (I couldn’t help comparing the name “Seth” with the Faust-like Sith of Star Wars fame, who gain power from the dark side, but lose their humanity.) After learning the source of Wallace wealth – and more baffling, after he experiences miserable injustices faced by Charlie Shaw—Seth still cannot bring himself to refuse Wallace money. He gains fear and anger, but no empathy for Shaw, and no sense of his own complicity.

While this outcome is entirely plausible, Seth’s decision to continue taking money would have been more disappointing (and dramatically effective) had he retained enough agency to convincingly struggle with the choice. I hardly remember the boy from page one and don’t mourn his ruin as I mourned Dr. Faustus, who over the course of Marlowe’s play becomes more, rather than less human in his folly.

Nevertheless, White Tears is tremendously compelling and worth your time. Ursula Le Guin says, “a good story doesn’t carry a message, it is the message.” White Tears is a bloody, music-filled romp, but also, like Doctor Faustus, a brilliant cautionary tale: a literary horror story about a man who sacrifices all claims to innocence by clinging to corrupt wealth.

Mary Volmer is the author of two novels: Crown of Dust (Soho Press, 2010) and Reliance, Illinois (Soho Press, 2016). She has been awarded the Rotary Ambassadorial Scholarship and residencies at the Vermont Studio Center and Hedgebrook and she teaches at Saint Mary’s College.

All the Day Summarized When We Exhale

Ask and I will give the nations to you, you who have not known to ask—

an abacus bead slid so long in one dimension that you thought
there was only this: to figure into the complex …

The black-and-white photograph accompanying Quetsch’s obituary might just as likely have been taken years before or after I worked for him. I never knew him as anything but old and can’t imagine him otherwise. Yet the fact that he could … 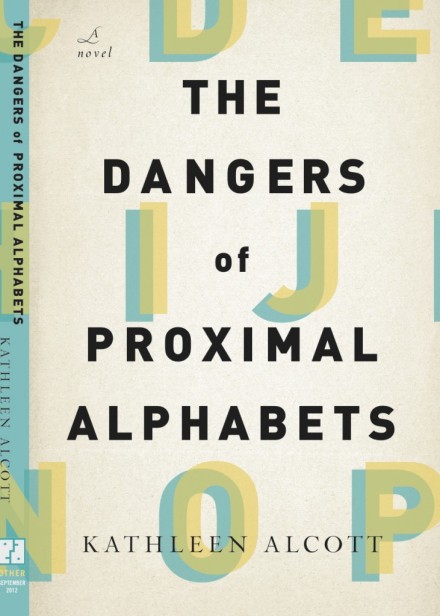 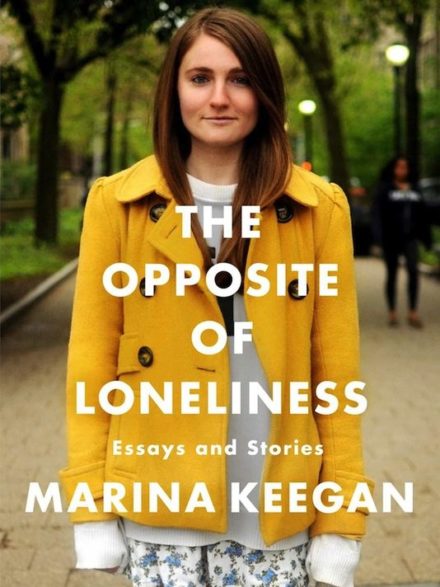 The Opposite Of Loneliness 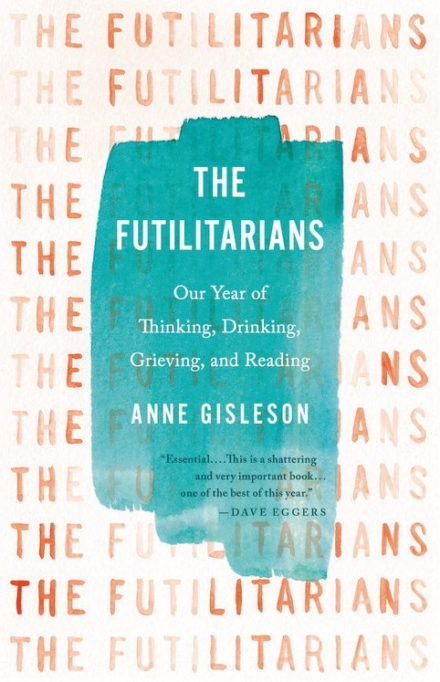 Stations of the Crisis: An Interview with Anne Gisleson

Them’s the Breaks of Love and Sex (selections)

These Are Not Companion Pieces

The dream, the disease, the desire of the first propertied penis:
primogeniture.

My Country ‘Tis of Thee

This map of the world is incomplete.
Where, after all, is your cunt.

The first thing I remember after
they pulled the tube out of
my windpipe is a nurse by my side,
over me, gruffly insisting
I begin to breathe again.
Even now, sometimes I notice that
I’m not breathing, and I … 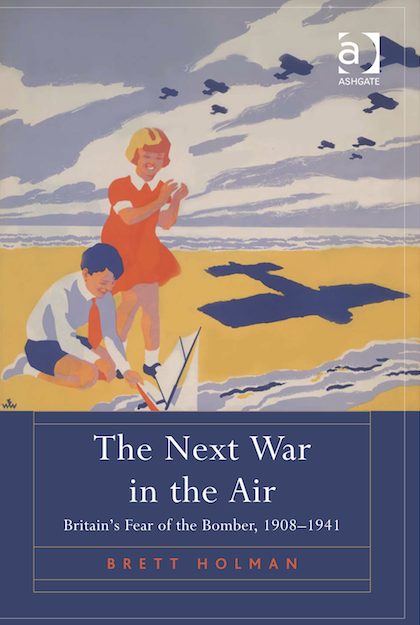 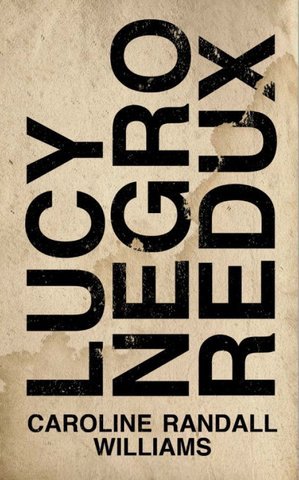 Caroline Randall Williams is a poet, cookbook author, and young adult novelist. She received her MFA from the University of Mississippi, where she co-authored the Phillis Wheatley Award-winning The Diary of B.B. Bright, Possible Princess and the NAACP Image …

2. Eblouissant. French words I like to taste. Etincelle Malgré. I like them all, stippled on the tongue.

3. Always here, windows, even invisible, standing beside me, …